Join Dr. Terry Rock President & CEO of Platform Calgary for a presentation and discussion about the role of emerging technology in the mission of Platform Calgary. We will learn about how the City of Calgary is changing and the supports available for startups and existing businesses in Calgary’s growing tech sector.

Dr. Terry Rock is President & CEO of Platform Calgary. He is a passionate promoter of Calgary’s potential as one of the world’s most dynamic cities, and has been fortunate to be involved in numerous community building initiatives in his hometown.

Terry lives by the personal mission to “Be For The World” and strives to help build a society that is prosperous, resilient and inclusive. Terry wants startups to feel that they are part of a large community of support and they have access to all the resources necessary. Terry is confident that Calgary’s tech sector will be recognized as one of the most exciting in Canada, as well as be the primary driver of job creation in Calgary.

Tech aside, Terry loves everything Calgary has to offer, from the local craft brewery scene to mom-and-pop restaurants, as well as the city’s accessibility to the Rockies.

Terry’s previous experience has covered a wide variety of contexts and industries. He has been Executive Director of the Alberta Small Brewers Association and founding CEO of Calgary Arts Development Authority. He worked on Civic Partnerships at the City of Calgary, and was an Assistant Professor in Strategy at the University of Calgary. Between gigs, he advises boards and senior management on strategy and governance.

Terry contributes to the community through volunteering on the TELUS Calgary Community Board, and has served on the boards of Sled Island Music & Arts Festival, Hillhurst United Church, Calgary Cultural Capital 2012, the 2008 and 2016 Calgary-hosted Juno Awards, and was on the founding board of cSPACE Projects. He was the Chair of the AIESEC Canada board where he had been President in the early 90’s.

Dr. Rock holds a PhD in Management with a focus on Strategic Management, Entrepreneurship and Innovation from Texas Tech University, and a Bachelor of Commerce in Marketing (with Distinction) from the University of Saskatchewan.

Emerging Technologies Consortium (ETC) is a regular event hosted by The Mount Royal Library in Calgary, Alberta where Mount Royal students, employees, and the general community come together to discuss a common interest in new tech developments to inform teaching, learning, scholarship and student experience. The ETC holds events for those who explore and adopt emerging technologies to come together to generate ideas, foster connections and share knowledge and expertise. Topics of discussion will include virtual and augmented reality, 3D printing, e-sports, machine learning, robotics, wearables, and more. 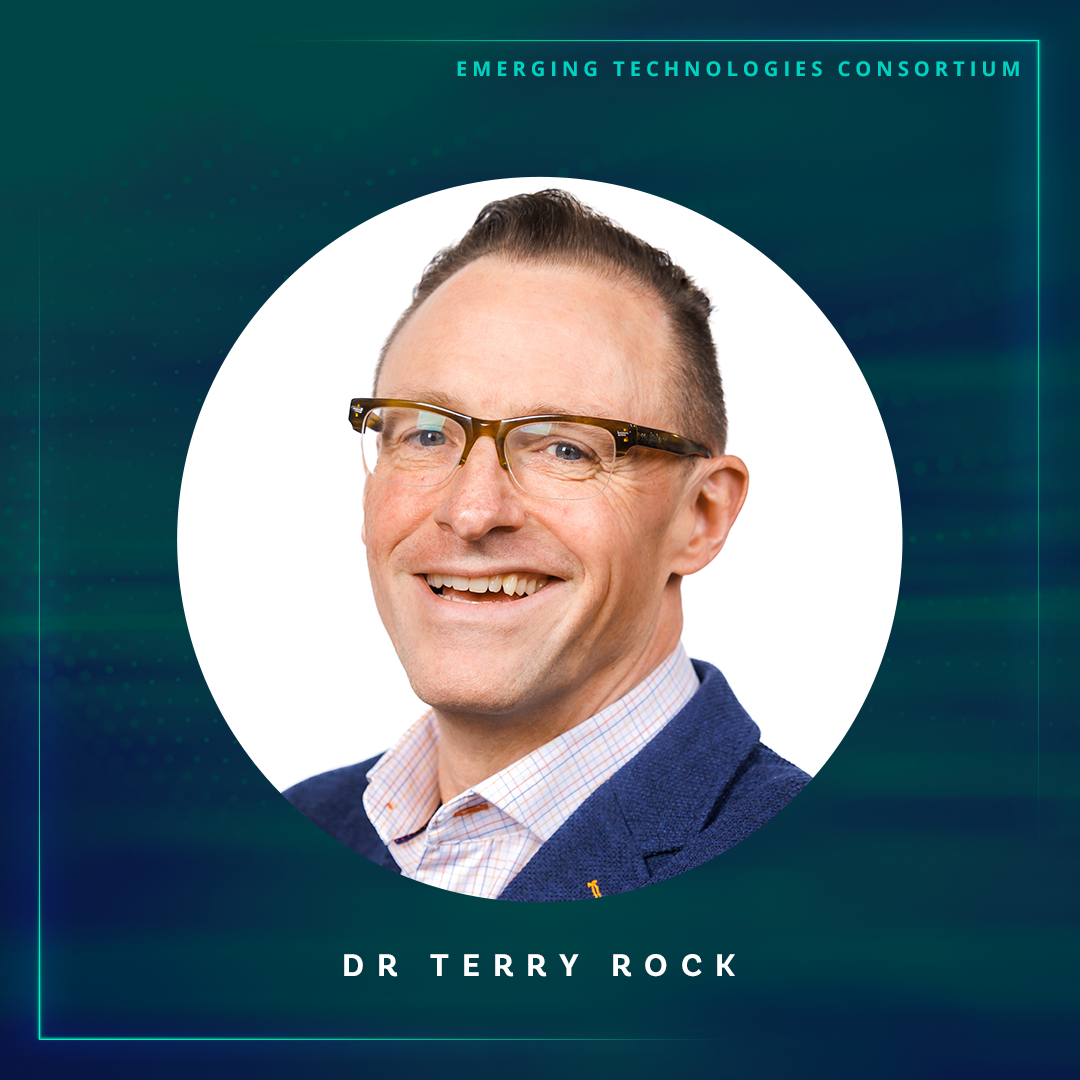